Hey hey fellow ani-bloggers! It’s Archi-Anime’s turn for the May tour stop on the OWLS blog tour. Just a friendly reminded that OWLS: Otaku Warriors for Liberty and Self-Respect, is a group that hopes to spread the important message of respect and kindness to every human being. Our monthly blog tours that reflect this message of tolerance and self-acceptance, through various analysis of the anime medium; although it is not limited to anime. 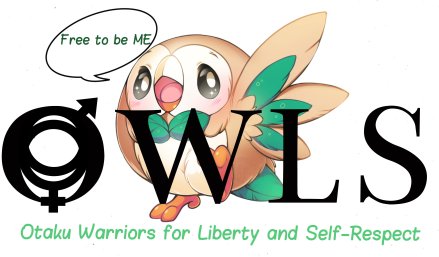 This month’s topic is Strength:

In anime, characters struggle with inner demons or physical weaknesses that make them feel insecure and prevent them from achieving goals. Yet when these characters overcome their adversity, they can finally be able to express who they are or in other words, “Free to be Me.”

For this tour, we will be exploring anime characters that have overcome adversity due to a personal insecurity or physical weakness. It is these type of characters that many anime fans may identify as role models because fans are able to feel empathetic towards these characters’ struggles and insecurities.

This prompt immediately made me think of the anime Kuroko no Basket. The keyword “strength” shows up in the anime on both the Macro-level (overarching story) and the Micro-level (individuals) of the anime. I want to look at what strength means for the main protagonist of the story: Kuroko, Tetsuya.

I AM THE SHADOW THAT HAS OVERCOME THE LIGHT

In any given sport there are several types of people. Those born with the God-given natural talent that allows them to succeed in it; and those that are not so well-equipped or coordinated for the sport. But, when you find a sport you love and can be passionate about, it’s only natural that you would have to hone and cultivate a craft that will allow you to join the ranks of those with talent because of your love of the game.  Kuroko is the latter; he’s the worst basketball player there is and on top of that he lacks presence. No amount of practice has allowed Kuroko improvement for the sport he loves so much; yet he plays it and trains his heart out. So, why would Kiseki no Sedai (The Generation of Miracles), a team of basketball prodigies, acknowledge him as their equal and as their sixth man? 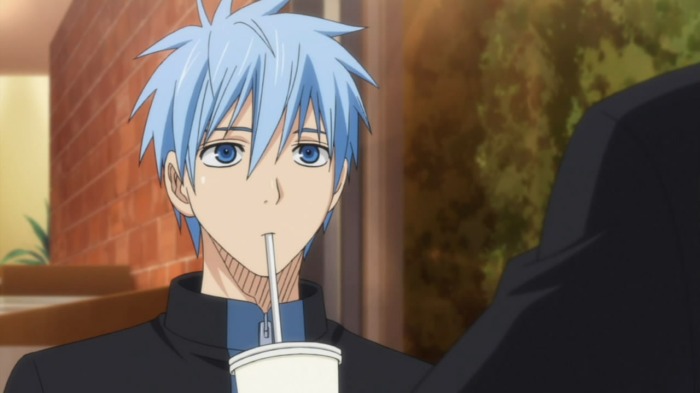 Kuroko is weak in both physical strength and in his physical presence. But instead of letting that be a hinderance he uses it to his advantage. With the guidance of the Teiko captain Akashi, Kuroko develops his own style of basketball that allows this weak presence to become a tool in helping his team win.  Kuroko’s style is known as “misdirection.” Misdirection is a technique that fools the opponent’s senses.  He pushes the opponents to focus their attention to someone else and then steps in unexpectedly. He uses his already weak presence and further suppresses his emotions on court to fool his opponents. By implementing misdirection, his opponent can’t see him, thus making it much easier to steal the ball and freely send it to teammates to make a scoring play.

This is a perfect example of one’s greatest weakness becoming one’s greatest strength. Due to the impact of misdirection, it’s hard to find Kuroko on court and stop him from helping his teammates score. Kuroko is known to be the shadow of his team. He plays best when there’s a really strong Ace on the team; but as time goes on he starts to step out of the shadow role and into the light. As stated, misdirection comes with coordinating between teammates. Basketball is not a game that can be played alone; but not all players will believe in something like “team play”.

The original members of the Generation of Miracles all at one point believed in team play, but as their talents grew the more they drifted into playing for themselves eventually competing with one another instead of the opponent. They started to believe that if you had to depend on your teammates then you were weak.  As prodigies they strive for one goal only: win. There’s no sense of camaraderie or trust in one another, which goes against everything Kuroko loves about basketball. 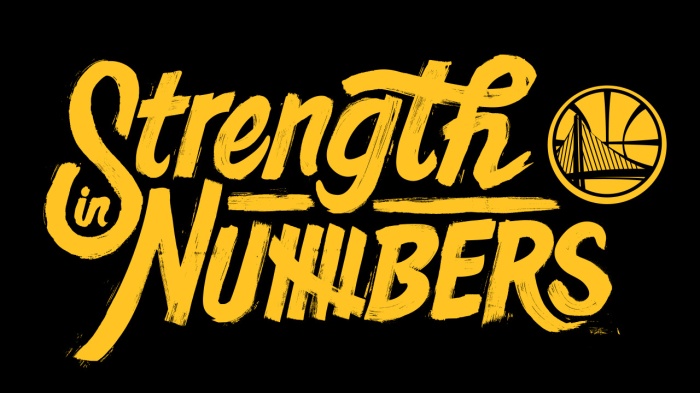 The slogan “Strength in Numbers” is a theme for the Golden State Warriors. The idea of this slogan was to not rely on their star players, they relied on the depth of their roster which allows players to rotate in and out of the game more frequently and fluidly without breaking any rhythm in the game. It maybe be a real life NBA slogan; but it heavily applies to the principles that Seirin believes in. The warriors adapted a family-style type of environment; even incorporating dining together to create a bond within the team. It’s the atmosphere of support that really carries the phrase “Strength in Numbers”. If you can trust your teammates and believe in them the numbers will literally speak for themselves. 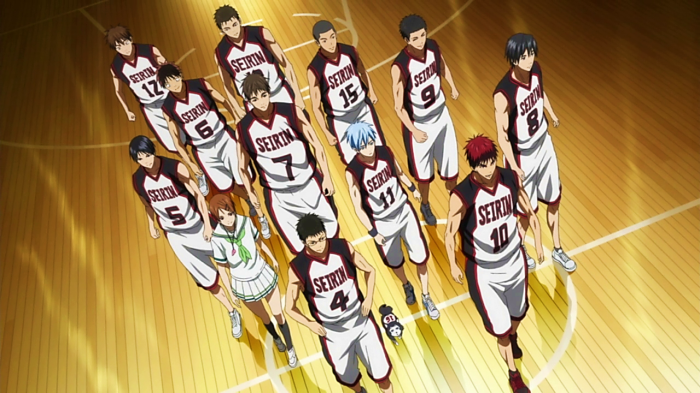 Throughout the series, Seirin’s team is constantly underestimated because of their lack of a star player. They rely mostly on team play and coordination especially with Kuroko’s assistance. Even before Kuroko, Seirin was somewhat popular and successful in making it into the finals with a really good duo. Again an emphasis on a duo versus a singular player. They’re made fun of for having fighting spirit but not fully being on par with other school’s overwhelming talent. They’re looked upon as weak because they rely on one another.

Seirin may not have a lot of players on the bench; but throughout the course of the series you can really see that the team works together on improvement, on what they can do for the team not what they can do for themselves. But above all that, they never lose sight of their trust in one another, which inevitably allows them to consistently win their games.

The thought that relying on your teammates is weak slowly becomes a dwindling phrase that carries no weight. Eventually other teams acknowledge the true power of teamwork as exhibited via Seirin; and start adapting their own styles of coordination. This erases the idea of the team being weak and that there really is strength in numbers.

If we give our best in something we love, we’ll enjoy the victories from the bottom of our hearts. – Kuroko

In the end, Kuroko took both the things that were considered weak about him: his lack of physical presence and his ideals of playing as a team and turned those into strengths that people acknowledged and admired. He never gave up in trying to convince the rest of the Generation of Miracles that they were wrong to think that playing as a team and depending on others was weak. In the end his hard work and dedication really did pay off. Even though the Generation of Miracles had already acknowledged his talents before; they had a newfound respect for him after they were proven wrong.

Kagami is also known to say, “There’s no such thing as useless effort”. Even if you’re weak, even if you try your hardest you will always produce results. Kuroko never stopped believing. He accepted his weakness and instead of rejecting it or working to overcome it; he embraced it and went to greater lengths in crafting his weakness into his strength. Instead of staying the support shadow that he was originally intended to and became a light in his own right.

Well, that just about wraps up my tour! Thoughts? Comments? Questions? Feel free to leave any in the comments!

There are quite a few more posts coming up left from the rest of the OWLS members. Please be on the lookout for Steph (TwoHappyCat’s) post this Friday.

And check out these previous posts from other OWLS members from last week: