Hey guys! I’ll try to make this short and sweet.  It’s been awhile since I’ve posted anything about seasonal anime. I haven’t done a [Watch List] post or a [This Week in Anime] (name pending) post since Summer 2017.

Since I’ve also temporarily been away trying to get myself motivated again, I figured it might be a good opportunity to jump back into the seasonal writing bit. Why? Because…I miss writing. Period. And also, this summer, there’s just a handful of favorites I’ve been waiting on, anticipating and have been following.

So I’ll try to keep this list relatively short. Last year I really tried to follow as many interesting shows as I could, but a lot of those fell by the wayside because I didn’t keep up with them weekly, and have since have fallen in the “on-hold” realm. So I’ve narrowed it down into two subcategories: my “MUST Watch” and the “Attempting to Watch”.

There are three “Must Watch” shows for me this summer. 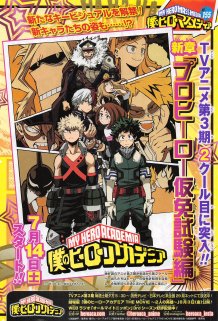 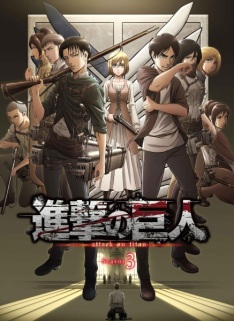 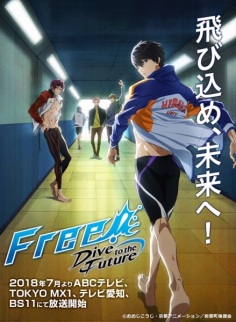 Boku no Hero Academia, Season 3 (continuing)
I’ve been completely obsessed with the series as a whole. Deku is becoming one of my all-time favorite characters both on-screen and in manga form. So naturally, I’ll be continuing this series from Spring. This upcoming arc is something to look forward to in terms of character development and setting up for an even larger arc – one that I’m dying to see animated.

Attack on Titan, Season 3
AoT is another series that I was following in manga form. This is also one of my favorite arcs from the series, and honestly, I stopped reading the manga shortly after this arc ended, which reminds me I need to get back on that sooner than later.

Based on the trailer we’ve seen, I’m looking forward to seeing Levi in action again and also one of my all time favorite scenes of Eren. If you thought Eren despaired at the end season 2, by laughing manically at how powerless you felt. Boy, are you in for a real treat.

Free! Dive to the Future, Season 3
Are you surprised? You really shouldn’t be. Everyone should know by now that I associate myself with Makoto a heck of a lot, and I have an incredible love for this series. I’ve read some of the light novel, I’ve read the newest novelization, I’ve watched and own season 1 & 2. I’ve watched, High Speed, Free! Timeless Medley: Kizuna, Free! Timeless Medley: Yakusou, and Free! Take Your Marks.

I’ve immersed myself in the world of Free! which brings me to a special announcement of sorts..kind of but not really? I’m putting a lot of thought into it, but I’ll be coming out with a series of Free! posts this month on top of my weekly watch because there’s more to this show than meets the eye, and I want to talk about those things that I love so much. I want to show those that have easily labeled this show as “fanservice” to at least understand my point of view in why this show is so damn enjoyable. On top of that, I also have a very special post in mind! 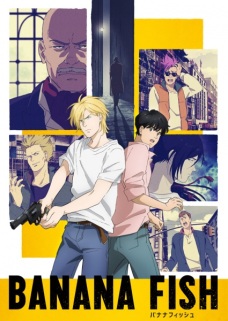 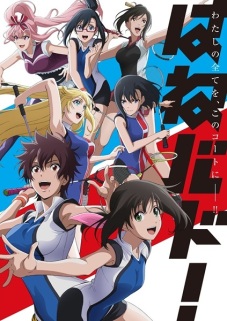 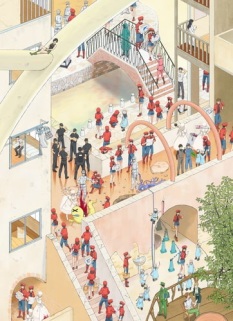 Banana Fish
This one has caught my eye because the eversodearest Naja, has spoken volumes about this series. It is one of her ultimate favorites and she is excited to say the least. So yes I’ll be checking this out since it was so highly recommended.

You should check out Naja’s weekly reviews on the series here.

Hanebado
Sports anime’s are my thing, so…yes I’ll be watching this series. Also, it’s about Badminton! Of all sports to have a series around, Badminton! It’s not one of the major sports people follow generally out here in the West, so yes, color me curious on this one.

Hataraku Saibo (Cells at Work)
I’m checking this one out of curiosity as many of my ani-blogger friends (Mel and Scott) have really enjoyed the first episode. It’s worth checking out if it’s caught the attention of those two!

What shows is everyone else looking forward to? What shows would you recommend I check out?