Welcome back to Fantasy Friday. Where I feature fantastical architecture that’s been featured in anime. Maybe you noticed it, maybe you didn’t, but I’m always looking at the buildings that character inhabit and the environment they interact with. Last week I looked at the wild colors featured in Nanbaka.

I’ve started taking screenshots of anime’s. I don’t know if anyone really noticed, but I had started tweeting out buildings while I was watching this show in particular. I’m trying to integrate this series more into my tweets, but I’ve been lagging as of late.

Over the next couple of weeks I’ll be bringing you a glimpse into the world of No. 6.

In the anime, No. 6 is the name of an enclosed utopian city built after an apocalypse offering safe refuge for it’s inhabitants. The city No. 6 get’s is name from a very basic premise. Of the 6 regions that survived, 6 city-states were formed, and No. 6 is of course the 6th region.

This week I wanted to look at the No. 6 as a whole. The city of No. 6 is an enclosed concentric city, with a seemingly rigorous network of known paths. It is also known to be a utopian “perfect” city as it’s inhabitants are closely monitored while providing it’s citizens with the utmost care and optimal conditions.

Apparently, No. 6 is said to be modeled after a real idea called the “Venus Project”.

“The Venus Project is an organization that proposes a feasible plan of action for social change, one that works towards a peaceful and sustainable global civilization. It outlines an alternative to strive toward where human rights are no longer paper proclamations but a way of life.

We propose a fresh, holistic approach – one that is dedicated to human and environmental concerns. It is an attainable vision of a bright and better future, one that is appropriate to the times in which we live, and both practical and feasible for a positive future for all the world’s people.” – The Venus Project Website. 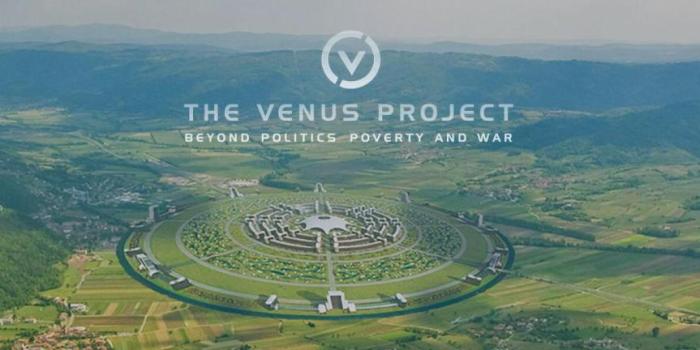 You can see that the designs and the choice of aerial view are rather similar. No. 6 aired in the summer of 2011, and the founder of The Venus Project has been working on this concept since the early ’90s.

The concept of The Venus Project interjects a futuristic city, and if you continue to read the “About” section in the link above to their website, you’ll see that No. 6 is definitely striving to be the perfect city free of conflict and the reclamation of the environment.

I found this research to be rather fascinating after having found the parallel pointed out on the No. 6’s Wikia.

Have you seen the anime No. 6? What did you think of the city’s design? Do you think it’s realistic like the Venus Project aims? Let me know in the comments below!