Good afternoon everyone! Today’s MCM features my Top 10 Swordsmen. Granted,  I’m pretty sure I’m missing a ton of really good swordsmen that are ultimate classics, but you’ll have to forgive me as I have yet to have seen them! (Ex: Ruroni Kenshin, Bleach). So let’s start the countdown to my ultimate swordsmen!

King Bradley’s speed with the blade is incredible, but his overall characterization wasn’t my absolute favorite when it comes to swordsman. 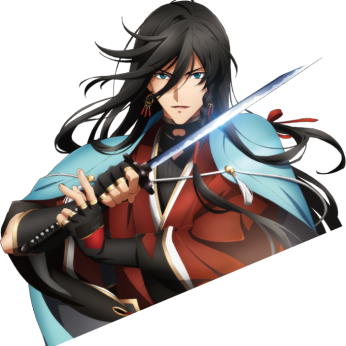 Kanesada is the newest addition to my list of anime crushes, since he’s in the latest Katsugeki/Touken Ranbu. All my lists are based on anime’s I’ve completed and seen in it’s entirety. Granted that Katsugeki is new, he was in 2016’s Touken Ranbu Hanamaru, which I wanted to get a feel for the characters. What I especially love about Touken Ranbu is the callback to actual objects and history. I’m a pretty big history buff, so I love to research the actual swords. Kanesada is the anthropomorphic version of the blade that Hijikata Toshizo carried when part of the shinsengumi. 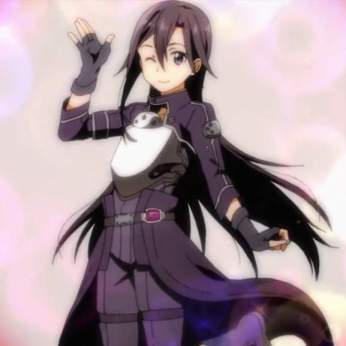 I have a love/hate relationship with Kirito. Sometime’s he’s just too much, but sometimes you can’t help but root for the guy. My favorite version of Kirito so far is the GGO version (granted people absolutely think that Season 2 was sh*t), but I couldn’t help but really like that he dual wielded with a sword (light saber) while also holding a gun. Overall, I think his dual weilding skill in SAO is pretty cool, and I love the color schemes of both his swords: black and teal. It’s my favorite color combination. 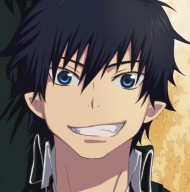 There was a point in my life where I binge watched what anime’s Netflix had to offer and Blue Exorcist was one of them. Rin isn’t necessarily the most skilled swordsman, but I personally just love him for his other traits. In true shonen form of the protagonist, Rin is fiercely protective and supportive to those who mean anything to him and that’s where a lot of his strength comes from. He had kind of a bit of a tragic beginning as what happens with his adoptive father, but despite what’s happened you can tell he really loved and respected him. 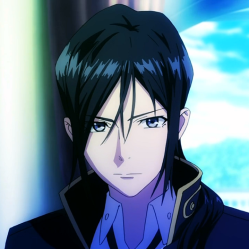 K-Project is visually stunning, well at least to me. Kurou is one of my favorite characters on K just because he’s such a serious guy and has his own sense of heroism and justice that he adheres too. He’s often one of the more serious characters and obviously handles his sword really well. 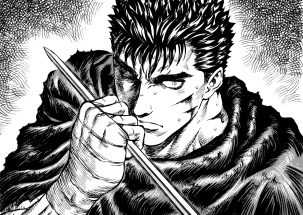 I got into the most recent adaptations of Berserk, and I know that the 2016-2017 animation is really weird and inconsistent, but despite that Guts is an interesting character. Guts, is also nicknamed “The Black Swordsman” like our beloved Kirito. However I find Guts to be the more menacing of the two; he carries around a humongous black sword and he has also a black metal prosthetic left arm. He swings this massive blade around like it’s light as a feather, but no normal human could carry something like that. 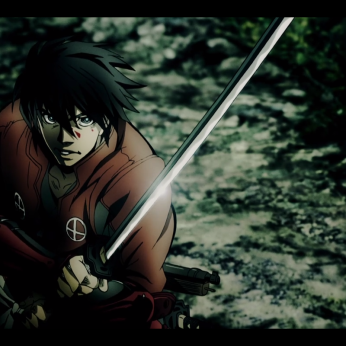 Much like Kanesada and Mikazuki, Toyohisa is a fairly new character to the anime game; but like many of the men listed here, he has a strong historical ties. In the anime Drifters, Toyohisa is depicted to be very hot headed character that often acts before he thinks. But underneath all that is a very intelligent commander that knows what he’s doing. He also has his own sense of justice; especially when it comes to helping the weak and also when it comes to violence against women. 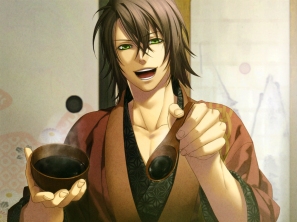 Okita was my first completed route in Hakuoki, so he has a special place in my heart. Okita’s ending was really bittersweet; and I have a feeling the localized version changed his ending slightly which is kind of annoying but also really sad. I’m a bit conflicted by his ending. Like I said, it was really really bittersweet. Okita is a prominent figure historically and is also mentioned a lot in Touken Ranbu. Okita has a bit of a sarcastic nature and odd sense of humor, but he’s a rather charming person in spite of all that. He’s also a character you interact with quite a bit in Hakuoki. 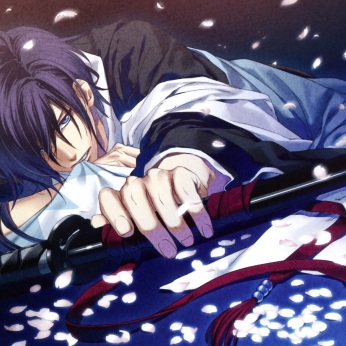 Saito is best boy in Hakuoki! (I still have Hijikata and Harada to finish in the original before I start Kyoto Winds) The first otome route in which I cried tears of joy. The ending was so sweet compared to that of Okita. Saito is like my ideal otome boy. Stoic, the silent yet strong type. At first he’s quite cold to the heroine, Chizuru, but as the game progresses he starts to open up and trust you and eventually falls for you. Seriously though, that ending. Best Hakuoki ending (so far – don’t kill me shoujouthoughts!) 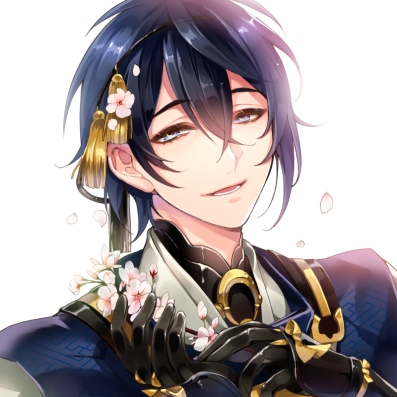 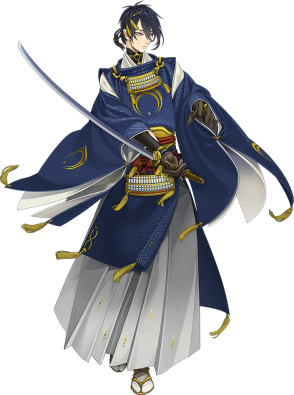 There are no words for my obsession with Mikazuki. Seriously, I have every nendo of him ever, and a few figures (one on the way), a plushie, several keychains, and an acrylic stand. The only thing missing is the figma. But I don’t think I need that (lol). Another one of the Toudan, he is my absolute favorite. If there was one character I had to name as the most beautiful, it would be Mikazuki. From the moment I saw his nendoroids and figures I was stunned by handsome yet delicate he seemed. When he appeared on Hanamaru I loved his calm demeanor, his friendly and kind personality, yet fierceness as a warrior. I absolutely love everything about him aesthetically. His light blue eyes, and pale almost translucent skin. His traditional clothes and his headpiece. He has both masculine yet feminine qualities which makes him rather androgynous.

Mikzauki is a beautifully designed character for a reason. Mikazuki is one of the 5 Great Swords of Japan, and is considered to be one of the most beautiful swords ever created due to his crescent-moon shaped (translated to “mikazuki”) pattern formed on the blade itself. Okay, I’ll stop fangirling over him…for now…*muahahah*

Who are your favorite swordsmen? Did any of them make my list?