note: WE’VE REACHED THE END!!!  HUGE thank you to weekendotaku has been helping me a great deal by participating and creating these banners, and thank you to everyone that’s been keeping up with the series! LAST REQUEST! I’LL BE DOING AN OVERALL REVIEW/FINAL THOUGHS OF THE SERIES AND WOULD LOVE FOR THOSE THAT PARTICIAPATED TO PLEASE TELL ME YOUR FAVORITE SCENES FROM THE SERIES SO THAT I MAY INCORPORATE IT INTO MY POST! Looking forward to what you guys submit!

Sentaro’s disappearance has taken a toll on Kaoru and Ri-chan. While the two have expressed their reciprocated feelings they’re left at a standstill. Kaoru says some things he hadn’t meant to say and leaves shortly after graduation without fully clearing the air between him and Ri-chan. A time-skip of 8 years brings us to Kaoru as a doctor in Tokyo where he runs into Yurika by chance who shows him a photo of  a familiar face. Next thing you know Kaoru is up and running towards the person in the photo. Will he find Sen and reconnect? Will they all get a happy ending?

I can’t believe we’ve reached the end! This episode had me feeling a gamut of emotions, and also saying “omg omg” a lot. I wouldn’t say I was fangirling, but gosh darn…well I’ll get into that later.  Let’s talk about some key moments in this episode. 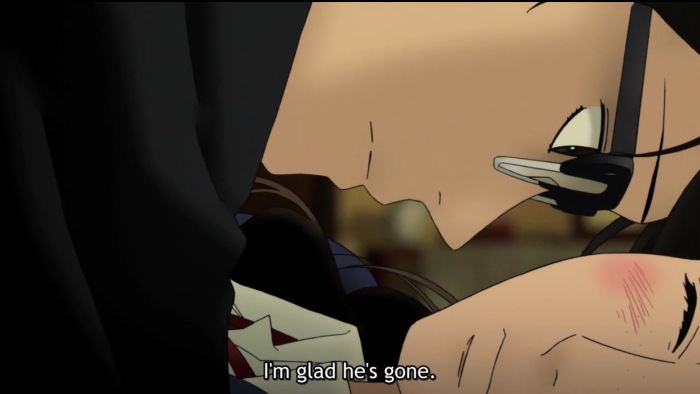 Seriously Kaoru, what were you thinking? Of all the things to say, you really fumbled that one up. Like stated in the synopsis, these two have finally managed to reciprocate their feelings, but the timing is all wrong. They’re both in pain with the loss of Sen in their lives, and it’s pretty clear that it’s hit Kaoru the hardest, and Ri-chan knows this best. So, why, Kaoru, why say something so reckless as “I’m glad he’s gone,” when everyone in the world knows how much pain you’re in. Why does he constantly push away the people that care about him in order for him to preserve himself. For someone that told Sen it was okay to cry, that he wasn’t alone anymore, he’s a hypocrite for bottling up all his emotions when there are so many people out there that care for him. Ah, this scene bothered me to no end.

The Rhythm in My Heart 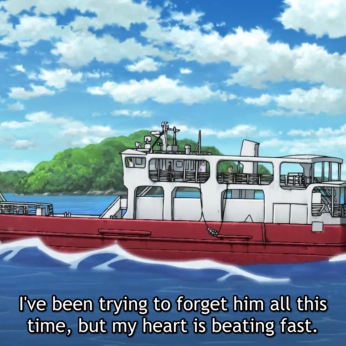 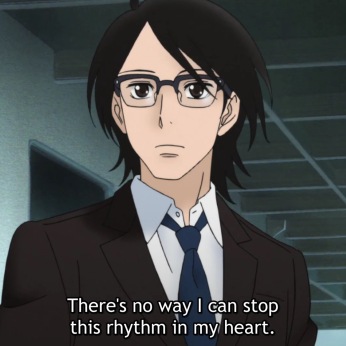 The times skip was really something. To see Kaoru grown up and turned into a workaholic Doctor at such a young age was really a sight to see. It seems he had just been keeping busy as his way to move from the life that he had lived with Ri-chan and Sen. I honestly thought that was Ri-chan that had come to the hospital, tracking down Kaoru, so I was a bit surprised that it was Yurika and she had indeed gotten a good ending with Jun. It looked like even she heard that Sen had run away shortly after she did. She came baring good news for Kaoru, which sent him off running to track down Sen which had me cheering Kaoru. He says that, he really tried to forget him over the years, but there’s no way he can stop the rhythm in his heart. It’s so poetic, but I’m pretty sure we can all relate to that feeling of excitement of the anticipation of seeing a friend you haven’t seen in ages! I know I feel that way every time I make a trip to see all my friends in LA. You know it’s a truly special friendship when you can react with such strong emotions when you see them. This just reminds me that my BFF and I haven’t seen each other since omg, since Halloween! I think this is the longest time I’ve gone without seeing her or visiting anyone in L.A. So I know I’m bound to have this type of feeling that Kaoru has sooner than later. I have to say that the background track of Kaoru running towards Sen has become my 4th favorite track from the OST – which is named after Yurika:

That Day Has Come 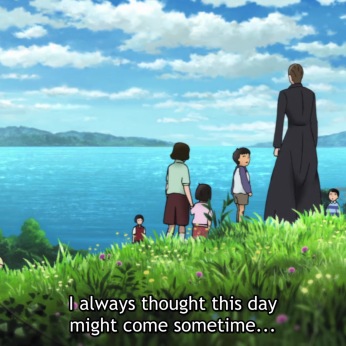 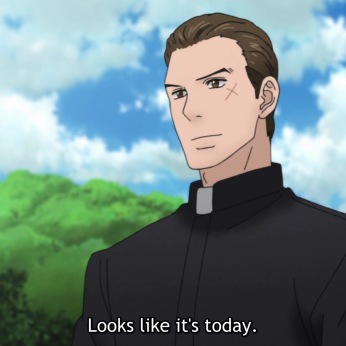 Okay, so maybe I fangirled a bit when they showed Sen on the hill over looking the ocean with the children and Kaoru started to play “Moanin’ ” on the organ. Sen’s smile, and him knowing that Kaoru would have eventually come to find him. Ah, this entire scene, including a new medley of sorts and them taking off and running down the slope after being yelled at by the priest really filled my heart up with all kinds of warm fuzzy feelings. The BFF’s were reunited and picked up right where they left off; they didn’t skip a beat. They played jazz like no time had lapsed, feeding off of one another so naturally. I think at this point the jazz between them is definitely instinct. 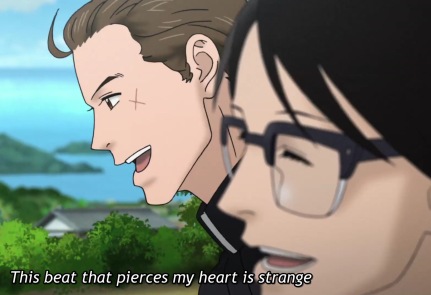 Them running down the slope was just such a great scene, especially at the bottom of the slope when they’re reunited with Ri-chan. She’s shocked at first, but she knew it was probably bound to happen. If anything, I think she was just glad to see her two favorite people together again. At this point, I definitely think fate brought the trio back together, and I’m so glad they reunited at the end of this series!

The last jazz song is “All Blues” by Miles Davis

That just about wraps up episode 12! Stay tuned for my final thoughts of the series! 🙂 It’s been a fun enjoyable ride, and I’m glad the watch-along had a good turn out for it’s first run! 🙂

What did you guys think of the last episode?  Don’t forget to let me know what your favorite scene over the course of the series was! Let me know in the comments below! 🙂