note: guys, I apologize for having gone MIA on this watch-along and from the blog in general.  Last few weeks have been a bit rough; always felt exhausted with little to no energy after work and feeling under the weather, plus a busy family weekend followed by a con. I just felt like I needed a bit of a break..but I’ll be more in depth about what’s been going on on Sunday’s post.

a HUGE thank you to weekendotaku has been helping me a great deal by participating and creating these banners!

Kaoru’s popularity has risen exponentially since the performace at the festival. Instead of approaching him the girls decided to go through Ritsuko who is starting to question her feelings for both Kaoru and Sentaro.  Junichi tries to scare Yurika away, but her feelings remain steadfast while Sentaro is heartbroken upon witnessing Jun and Yurika together. 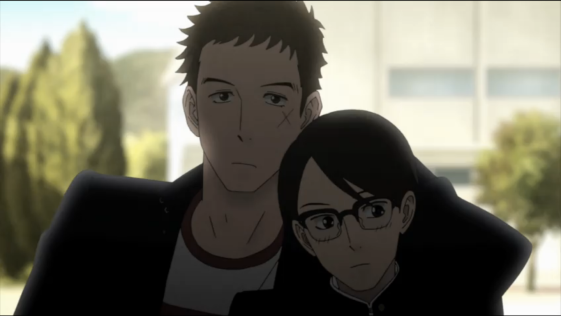 Ri-chan is surrounded by fangirls of Sen and Kaoru; her heart seems to be wavering as her thoughts seem to be consumed with Kaoru over Sentaro; and she tries to convince herself that Sentaro is the one for her and there’s no way she’s jealous of the popularity that Kaoru is experiencing. 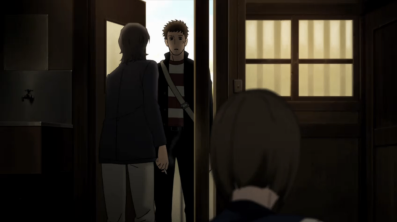 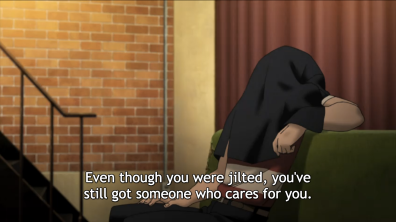 Sen agonizes over the discovery of Jun and Yurika, and uses the drums to express his frustration and disappointment. We’re shown another example of how music transcends words as Sen’s erratic drum playing signals Kaoru to also play erratically and strangely on piano in response. It becomes clear something is amiss and Kaoru picks up on it from the get go. I think it’s courageous of Kaoru to be able to put his feelings aside for Ri-chan and let Sen know that there is someone that does care about him; he just hasn’t noticed yet. Sen completely oblivious to whom it is but comes to the slow realization.  Does Sen know how Kaoru feels? Kaoru has never expressed his interest in Ri-chan to Sen himself so I’m wondering how Sen feels about it.

I don’t know what to think of this episode to be honest. We got a lot of screen time for Jun and Yurika, but I still don’t know what draws Yurika to Jun so strongly and on top of that the drive to completely change who she is for him (she chops off her hair for goodness sake).  At least we know something DID happen in that basement and that his spiral into depression is not linked to her but with how he was drawn into a politics and then disowned by his Father for not listening or rather, being the ideal son. Overall, this episode left me feeling a bit confused and it felt a bit more disjointed compared to previous ones. I think its because of Jun and Yurikia’s storyline; I don’t have a sense of attachment to them as I do with our main trio.

I guess we have to stay tuned for episode 9! We’re down to the final stretch!

6 thoughts on “[Kids on the Slope]: Episode 8 | These Foolish Things”