Ah, the Monday Blues. Probably the worst day of the work week. But feat not! I’m back with Man Crush Monday!  What better way to keep away Monday blues than to have some eye-candy for a quick pick-me-up!

This week’s list features my Top 10 Raven Black Haired males! 🙂 Gah, the Top 3 are repeat males for MCM, but I swear I’ll get back to my individual posts, and also why I opted for a top 10 since the top 3 are givens!

I had to include this guy. Forever the First Anime crush, and raven haired man I fawned over. You can read more about him here.

Kicking off the list we have Mori-senpai. The strong silent type; a man of little words. He’s my third favorite host from Music Room 3! I’m just bummed I couldn’t find a better quality screenshots of him! (Totally off topic- I finally got the box set of OHSHC and I plan on reading it soon!!!)

Ah, Takao. The resident class-clown. The way he trolls everyone, especially Midorima is hilarious. Oh, and he shares the same voice actor as Makoto Tachibana (of free!) so really what’s not to love! If ever I need a pick me up, watching one of Takao’s scenes definitely puts a smile on my face!

Roy Mustang was a standout character to me, solely because of his power. I mean, who wouldn’t want to be able to snap their fingers and control fire. He was literally the coolest one to me on FMA.

The silent one that keeps Bokuto in check. Akaashi is just too pretty sometimes, and paired with Bokuto you have one of my favorite pairs from Haikyuu.

I’m late to the Escaflowne party, but Van has stolen my heart! He didn’t grab my attention at first, but I slowly came to realize what an amazing guy he’s been (so far). Depending on how the series’ ends, he’ll probably jump up on this list! Also, finding art of him proved to be difficult!! 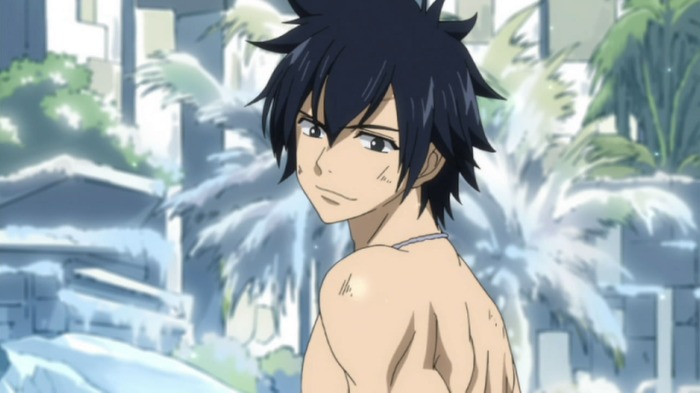 Gray-sama. The Ice Make/Ice Devil Slayer mage that’s the Tsundere of Fairy Tail. He rarely ever shows a softer side, but he does care about his friends and his guild. Not to mention his Ice Make skills are probably one of the coolest types of magic used on the show Oh, never realized that Gray and Haru had something in common-they both love to strip at the oddest times! Fortunately for Haru, it kind of (just a little) makes sense since he’ll do it when he sees water or some sort. Haru’s a bit of an ice king but he’s known to show his softer side to his BFF Makoto and maybe even Rin. Haru’s obsession with water and his apathetic demeanor towards everyone (especially Kisumi) are what make him one of my favorites.

The next three should be of no surprise. Levi is one of the most bad-ass character’s I’ve grown to love! Humanity’s strongest is ranked as my favorite character of all in the world of Attack on Titan. You can read more about what I had to say about him here.

Kogami is perfection in Psycho-Pass: brains & brawn. The depiction of Kogami’s intellect is really what drew me into his character, aside from his good looks.  I won’t drag on about him, but you can read more about him here!

My number one raven-haired man is none other than Kageyama. He’s just the most adorable unsociable idiot on the Karasuno team. He tries, but unfortunately it’s incredibly awkward for him and the other party involved. I’ve featured him before, so you can read about him more here.

That wraps up this weeks MCM! Were any of these guys on your list? If not, I’d love to hear about your favorite Raven Haired Men in the comments below!