Today’s post will be a total first for me and this blog. I haven’t fully shared all my interests on here, because this would be considered a bit more taboo than others; but as of late since I’ve met some really cool people via the blog, and I feel comfortable openly discussing it since I’ve found others I can related to and discuss this kind of stuff with. 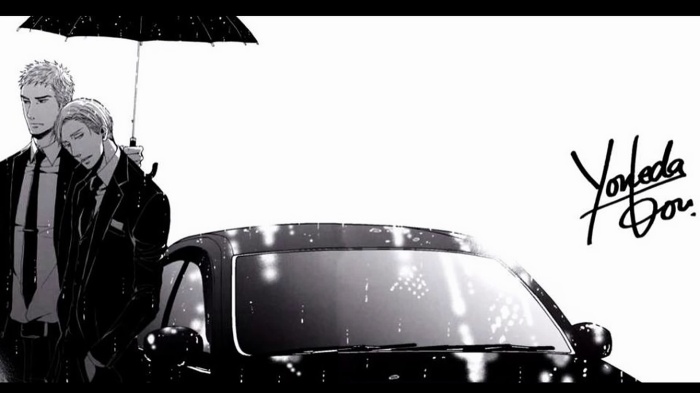 This week’s MCM isn’t from an anime. He’s from a BL/Yaoi manga. It’s just been half a year since I first found about this genre; and I was definitely perplexed by my fascination with it; but let’s save that discussion for another day.

Chikara Doumeki, comes from the manga Saezuru Tori Wa Habatakanai (Twittering Bird’s Never Fly) by Yoneda Kou. It’s become an absolute favorite of mine and an instant classic in my book. I’m just really drawn to our two main characters, Doumeki and Yashiro. Their relationship is pretty complex for a lot of reasons. Most yaoi is very in your face about their sexual relationship, but Doumeki and Yashiro don’t engage in that because….well.. Doumeki physically can’t. It’s a bit of a dark and twisted manga, but thats why I love it. I love Yashiro’s sarcastic twisted cocky demeanor and because of the smirk that is forever plastered on his face.

There are lot of other Yaoi males that I could’ve put, but Doumeki stands out the most to me. So, why Doumeki? Let me count the ways! 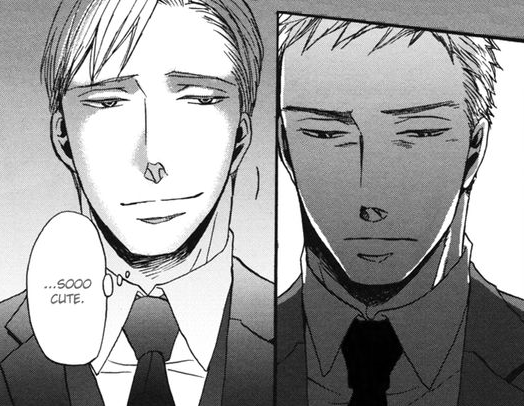 The strong silent type. He doesn’t talk much and is quite the stoic character. There are very few scenes in which we actually see him act outside of character and both times involves his step-sister. He’s a man of few words; only says what’s necessary and is pretty damn blunt about it too. He’s also afraid to fully let Yashiro know when his “physical problem” is resolved because if he did; Yashiro would not want to keep him around. 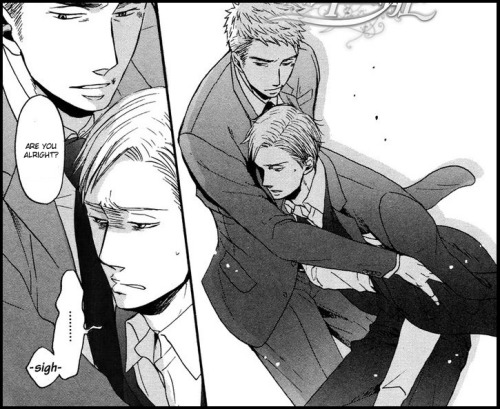 The Protector. When it comes down to protecting the people he cares about. He’ll do whatever he would deem necessary to protect them for harm. However, he’s a bit late to the game when it comes to protecting them. He hadn’t realized his sister needed help till much, much later and THEN acted. Same goes with Yashiro, Yashiro was shot because he wasn’t there, and although he kicks himself he never leaves his side again as he recovers.

Selfless/Selfish. Kind of coincides with the previous. He is willing to put everything on the line for the people he cares about. He’s selfless in that regard because well, he is able to sacrifice any semblance of a future when he kicks the crap out of his Father while protecting the real reason why he attacked him to begin with; for the sake of his adopted sister. Also, as a repentance to not protecting Yashiro at a critical time, he cuts off his pinky finger. I mean he was ordered to, but they were kind of surprised he actually did it. They thought he would go and get it re-attached afterwards; but he refused and just had it patched up.

He’s also selfish because the more time he spends with Yashiro, the more he wants to monopolize him and not let anyone else touch him or have their way with him. He wants Yashiro for himself. But Yashiro doesn’t believe in having relationships with feelings; especially with subordinates. Doumeki also shows some signs of jealousy when Yashiro shows that his love interest at one point had been the doctor as well as other ex-lovers. 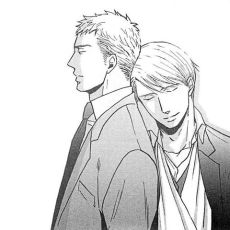 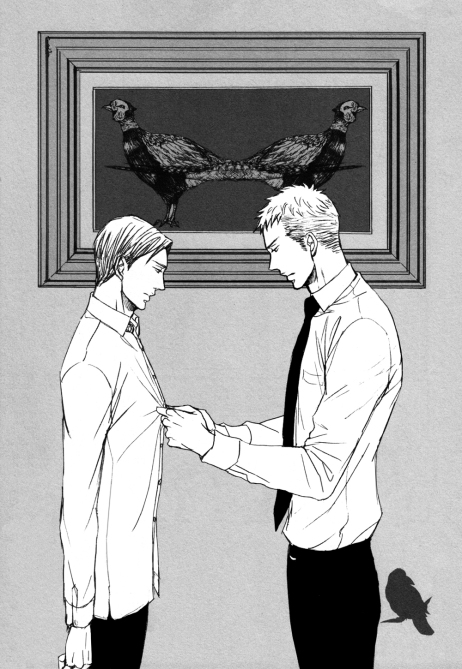 Devoted, Loyal and in Love. He’s so in love with Yashiro and he’s not afraid to express his attraction to him. He’s never been in love, and he’s not sure he’s gay; but he knows that he’s attracted to Yashiro and wants to be beside him always. The fact that Yashiro is a male doesn’t seem to bother Doumeki at all. When he looks at Yashiro he sees the most beautiful person in the world, despite his twisted nature. He wants to Yashiro to reciprocate the feelings; and I’m hoping the further the story progresses we will see him grow to love Doumeki. Judging by what I’ve seen so far, Doumeki is close to breaking Yashiro’s walls. He also has no shame in expressing how beautiful he thinks Yashiro is, and bluntly says what’s on his mind.

I guess you could say Doumeki would be my type and that’s why I’ve chosen him…say.. over Asami in Viewfinder (whom I heavily considered writing about), for example.  He’s more down to earth and the way the mangaka has expressed Doumeki’s interest and love for Yashiro is the reason why I’m completely hooked on this manga.  He’s the polar opposite of Yashiro’s brash personality.

That wraps up this week’s MCM! I hope you guys enjoyed it! Have any of you read Twittering Birds? What do you guys think of the characters? Let me know in the comments below! 🙂