Ever since I converted to blogging about anime, I’ve always wanted to write about this character. It probably won’t come as a surprise to most of you that my Favorite Sport Anime Crush is Kageyama Tobio from Haikyuu!! To be honest, Kageyama wasn’t my favorite character when he was first introduced. But he grew on me as the series progressed; it’s been a real joy to watch his character to change for the better. (Also, Mel and Naja totally called this one!) 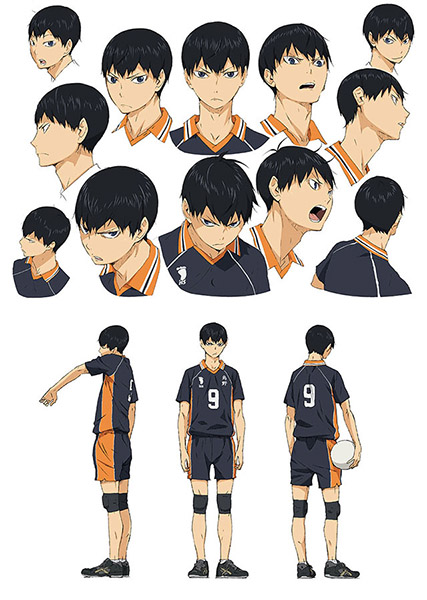 Kageyama Tobio is Karasuno’s official Setter. He’s a bit of a volleyball idiot, meaning all that occupies his brain is anything related to volleyball; because of his obsession with volleyball his skills on the court has given him the title “genius setter”. But given his amount of talent in volleyball, he falls short in other areas. His social skills for one are lacking. In the early episodes of the season he has these internal thoughts that are actually really flattering, but when he opens his mouth it’s the total opposite. He’s also not very good with studying and admitting he needs help. What I also find funny about him is his social awkwardness in certain situations, or when he smiles like an idiot when he touches the volleyball. 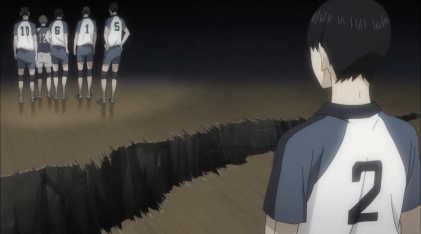 Ever since what happened to him in his last middle school match, where his teammates had abandoned him on the court, his insecurities had cracked open. He had been nicknamed “king of the court” and other variations: “egocentric king”,”tyrannical king”. He was a dictator on the court, commanding his teammates to follow his suit and expected them to match his level of performance versus accomodating their skill level. The name-calling was something he could put up with at first, but after being abandoned – there was no holding back that pain he felt and the fear that it could happen again with his new teammates.

Trying to learn from his past mistakes he realizes that he needs to work cooperatively with the team rather than trying to take it upon himself; he can take his role as the team’s control tower way too seriously that he focuses in on that than those around him.That match led to him to the brink of change and it’s not until he meets Hinata and the rest of the Karasuno team that allows him this growth. When he realizes Hinata and he have the same goals and aspirations he starts to turn a new leaf. Then he was given the position of “setter” over Sugawara for a practice match, he makes the effort to come to Sugawara to let him know that he wouldn’t just accept the position but he would work hard for it, which takes Suga by surprise because it was so uncharacteristic of him. He’s slowly learning to trust again, especially when Hinata tells him despite what’s happened in the past he’d gratefully accept any of Kageyama’s tosses.

Sometimes he would fall back into his old ways of trying to get his teammates to match him, and is constantly reminded that no one was there to receive his tosses. He especially falls into his habit of his ultra fast tosses when he starts to feel pressured by the other team. At the end of season 1 he has learned to fully trust his team because everyone has their own strengths and weaknesses. But add the strengths together and you’ll get a stronger team. When he realizes this truth he’s finally separated from the title of “king of the court” and now plays as another team member of Karasuno.

Kageyama is one of my favorites because his social awkwardness is relateable. Granted he’s always frowning and unapproachable, but at the bottom of it all he’s a misunderstood kid that can’t express himself well. He’s a total idiot at times but incredibly serious when it comes to his passion. I know I’ve been in his shoes! I still struggle in my own ways especially when it comes to expressing what’s on my mind and it doesn’t come out the way it should’ve. I just find his silly side to be the most endearing part of him, and when he smiles (which is incredibly rare) it’s actually quite cute! 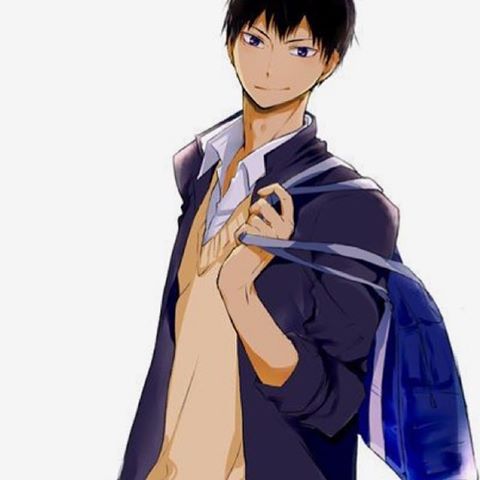 19 thoughts on “The Tyrannical King of the Court”