First off, I want to thank everyone for all the great and positive feedback that I got for introducing WCW. I’ve mentioned this in a few comments, but I may have set the bar too high with using Utena Tenjou as the first girl. I’m not sure if ALL the women I choose can be as thought-provoking and deeply complex, but I’ll try my best. I’m really humbled by all the great feedback guys! I love you all!

I had started another post last night that ended up being another intense philosophical character; but I couldn’t bring myself to publish it. I still need some time with her; so I’m pushing her to next week. I’m totally doing today’s post on the fly, so I’m going to pick someone that might be less intense. But looking over this post, I think it’s still just as intense. But I won’t diverge from the fact that these women are a force to be reckoned with!

But anyways,  this week’s character is from Attack on Titan. I plan on featuring a lot of the characters from this series because they’re all vital to the story. I want to try to be spoiler free, but for the most part if you don’t want to know what happens to these girls I advise a lot of you to skip it because I can’t help not be talk about them beyond season 1 of the anime. So, let’s talk about Ymir. 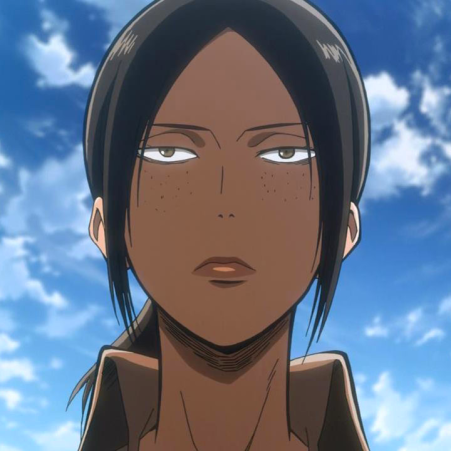 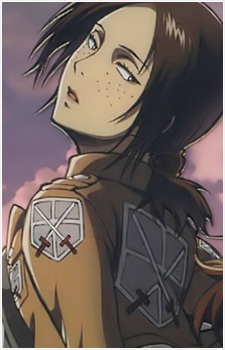 Ymir is a supporting character in Attack on Titan. There’s not much to Ymir in the first season of Attack on Titan. But I’ll try to be spoiler free in this section at least. Ymir is uncooperative, cold and confrontational. She likes to exploit those that could be of use to her or owe her a debt that needs to be paid back. Ymir has a general distrust for people for the most part but with good reason too. She’s a mysteriously complex character as we don’t know her reasonings for wanting to join the cadets or joining the survey corps. After the break I’ll talk about her backstory and her vow to live for herself; her revenge on life. 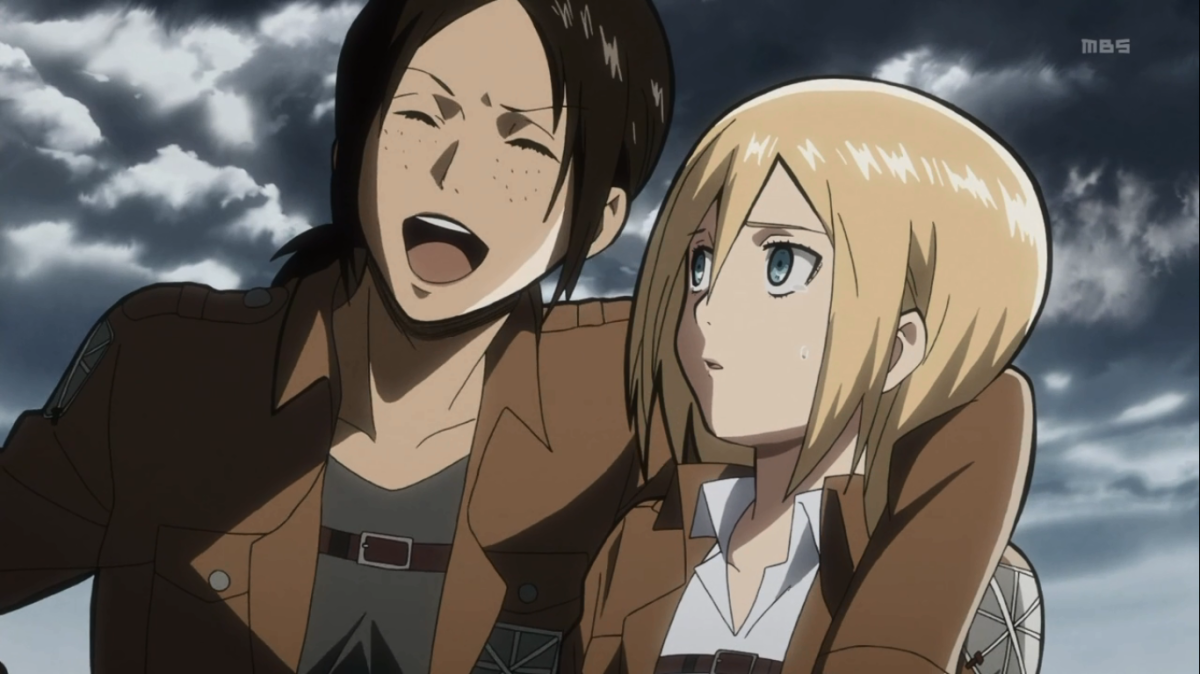 She’s a bit of a lone wolf in Season 1, until she meets Christa (whom I also intend to write about at some point too!). These two are actually foils of one another. Christa’s friendly façade is really Ymir’s true personality, and Christa’s nature is actually the cold loner that Ymir pretends to be. Christa brings out Ymir’s warmer personality, and Ymir has such strong feelings towards Christa that she’ll risk whatever it takes to ensure her safety. The relationship between these two is more than friendship; I would actually go as far as saying they’re soulmates. However, it’s probably best to characterize them as star-crossed lovers. I really enjoy the dynamic of Christa and Ymir; their understanding of one another, their trust in one another and the bond they shared added another layer of complexity to the world of Attack on Titan. Their story is on the verge of tragic, but that’s for another time! More about Ymir after the break! STOP HERE TO AVOID MAJOR SPOILERS.

I won’t give away too many of the plot points of Attack on Titan so I’ll leave out some details. If you have any questions/clarifications leave a comment below and I’ll try to answer them!

When Ymir was a young child, she had no idea who she was. She was a nameless beggar on the street. Till one day a stranger came to her and called her “Ymir”, after an ancient being. The stranger that took her in turned out to be a fanatic in the cult that worshipped Ymir. She had been brought in because she happened to look like their goddess, and was pushed to fulfill this role. Many people worshipped her like a goddess, so she accepted the role willingly as it brought so many people joy. Since she had come from nothing to begin with, she believed this was her purpose in life, and revelled in her role.

Till one day authorities came down on the cult and the man that had brought her in claimed he had been tricked by Ymir into believing she was the real deal. She decides to stick to her given name of Ymir and was arrested with the rest of the cultists.  They were paraded around town and had rocks thrown at them. When they reached the edge of town her and the cultists were injected with a serum that turned them into “mindless titans” and were thrown to the wilderness.

Ymir wandered around for 60 years and ended up in front of Wall Maria. In the year 845, she encounters Bertholdt and Reiner and a third person named Marcel who are trying to infiltrate Wall Maria. She attacks them, almost getting Reiner, till Marcel pushes Reiner out of the way effectively sacrificing his own life for his. Marcel owned a special titan power that then allowed Ymir to shift back into her human form. By that time Wall Maria had been destroyed, and she was able to sneak in all the way to Wall Sina where she learned of this new world she was in. She observed and lived by begging and stealing till one day she learned about someone by the name of Historia. Her interest in Historia led her to the enlist in the army in hopes to get her to pardon her of the crimes she committed in the town she previously came from.

During her time in the cadets she met Christa. She saw right through Christa’s fake facade and saw her true nature. When she called out Christa on her fake persona, Ymir told her she understood where Christa came from and that they were alike. However, there was one major difference; Ymir was given a second chance at life and made a fresh start (referring to her time as a mindless titan) but even though she started over, she never once thought about changing her name, and she continues to live on with her given name as a revenge to those that had used her in the past as some object to worship and threw away at their own convenience. She says if she were to give up on the name she was given, to reject the person she was born as was already admitting defeat. She continues to live in order to prove that her fate wasn’t sealed the moment she was born under the name Ymir. She lectures Christa telling her that it’s possible to change your fate, but you have to really want it.

Being given that second chance Ymir realized that she was wrong to think she could live for other people’s sakes. She was deceived into thinking that their happiness equated to her own happiness. When she woke up from her ‘endless nightmare’ as a mindless titan, she vowed to herself that this time around she would live for herself and only herself. This was the only way to live and no one could be trusted. Due to her misforture her past gave her this twisted vision of the world. It’s like that saying goes “Hell hath no fury like a woman scorned“. Although Ymir has no intentions to get revenge on the cultists that turned their back on her, she decides that her revenge will be her living on in her own way.

6 thoughts on “Her Revenge on Life”