For the inaugural Man Crush Monday, what better way to kick it off with my First Anime Crush in history. I don’t know if one’s first crush ever gets old; I know mine surely doesn’t.  Sure I’ve added many more crushes to the list but the first will always be special, and I’m sure plenty of girls can agree with this one.

My first anime crush was, Mamoru Chiba/Darien Shields also known as Tuxedo Mask from Sailor Moon. Now, one of you *cough* melinanimeland *cough* got this right because this answer was found on the very first day of the 30 Day Anime Challenge. It’s pretty clear that Tuxedo Mask is the instigator of my beginnings as a fangirl and the development of  the “crushes” I get on  well-drawn and well-designed 2D male characters (T_T)(>_<). 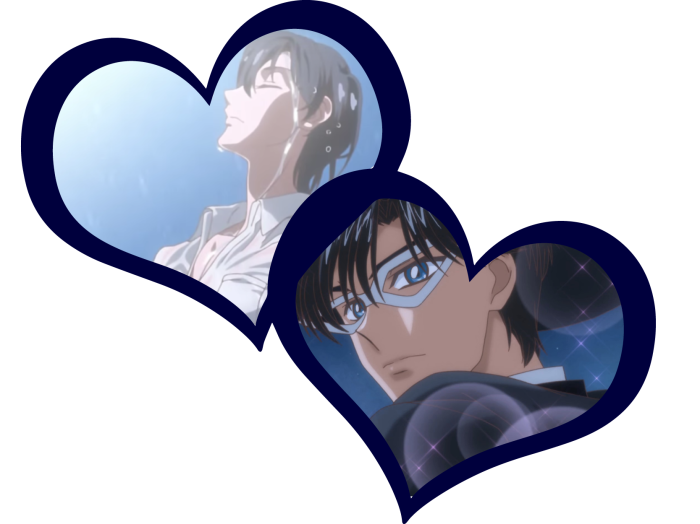 Looking back at it now though, 90’s Tuxedo Mask was far from a gentleman. Darien was a rude obnoxious condescending ass. He was so mean to Serena! Yet we were totally head over heels for this tall, dark-haired, blue-eyed ikemen. Well, I was, and it was the first time I thought, “wow, that’s a really cute character”. (Okay, maybe that’s an exaggeration, Gambit from the 90’s X-men was actually quite handsome – hey they came out around the same time!) Granted, Darien was mean spirited, but over time his cold-heart thaws when he realizes who he is and who and what Serena means to him.

However, in the manga and in Sailor Moon Crystal, Mamoru is depicted much differently. As someone thats not fully caught-up on Crystal these are just a few of my first impressions of his character. Mamoru is actually quiet, stoic, mysterious and studious. The mysteriousness of his character is due to his memory loss from a car accident as a child where he lost both his parents on his birthday. In reading his character profile online, it’s said that he shows extensive character development in the manga where he questions his identity, function and his true purpose, often times thinking he’s actually getting in the way of the Sailor Scouts (which makes me think it’s time to read the manga). 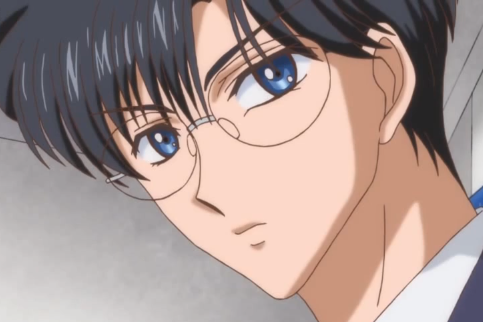 I much prefer the Mamoru in Sailor Moon Crystal; he seems much more mature and not to mention even more handsome than his previous 90’s counterpart! I love this character, because despite his memory loss the thing that keeps him going is his love and dedication for Usagi/Sailor Moon and he puts everything on the line for her.  Sailor Moon and Tuxedo Mask, through all their troubles, have never given up on their pure love for one another. One of my favorite anime love stories and OTPs. These two have shown what unconditional love is all about; and impressed upon me as a young child what it meant to be a hopeless romantic and a daydreamer. My favorite versions of Mamoru and Usagi is when they’re depicted as Prince Endymion and Princess Serenity; forbidden lovers that secretly meet in the garden bathed in moonlight. Straight out of a fairy tale with an epic love story to boot! Fun Fact! Sailor Moon’s creator Naoko Takeuchi created Mamoru on her ideal of the perfect man.

Also, how can you not love the fact that the manga ends with this:

Total swoon moment!! It’s hard not to fangirl over Tuxedo Mask. He’s so suave and handsome solving crime in a Tuxedo for goodness sake! Using roses as weapons, and in Crystal he actually does do hand-to-hand combat! Major upgrade from the 90s version!  It’s hard not to love the guy; especially when he’s so so sweet in the final panels still spouting romantic lines at the love of his life on their wedding day, “For all of eternity you will always be the most beautiful shining star of all”.